I am Paramjit Sehmi, the Assistant Archivist at the British Motor Museum. If you’re a keen follower of the Museum Blog, you may well remember the Archives’ previous attempts at recreating meals from Longbridge recipe cards (Here and here). As valiant as those attempts may have been, you will probably be pleased to read that I am not trying to channel my inner 1950s chef today. Trust me, this is for the best!

Instead, I am going to share the more recently donated Honda Link Magazines from the late 1990s and early 2000s. This donation came to the Archive as part of a collection from the Honda factory in Swindon after its closure in July 2021.

These magazines also feature the factory recipes but unlike the Longbridge recipe cards which aimed to cater for the 45,000 factory workers, these Honda recipes are made for domestic serving portions. So, feel free to try them out at home - we have everything from the traditional to the downright quirky!

Firstly, let’s start with the traditional dish. It may not be what you were expecting but, because Honda is a Japanese company after all, they have recommended Tonkatstu and Katsudon. Tonkatsu is a type of fried pork cutlet and Katsudon is the pork served with rice. This recipe is featured in the June 1996 issue and is actually quite an adventurous dish to promote in the western magazine. I hope people tried this one out at the time.

Mixing the Japanese culture with the British, we then move on to our second recipe and this one is quite odd! Here we have a Chicken and Broccoli Wellington. It looks like a slightly strange combination (at least when baked into one single dish) but the recipe does have a fairly straight-forward method. Though to me it seems like you might have to watch out between the broccoli and the cream for what could end up being a pretty soggy wellington! For 2001, it kind of reminds me of something Bridget Jones would have cooked up – though it’s a tossup between beige wellington or blue soup for me. 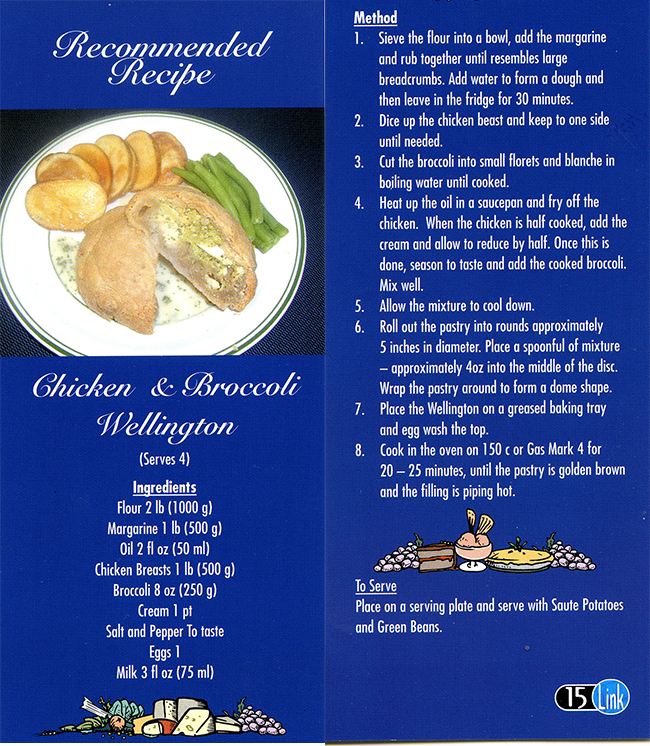 This last one is my favourite because for the December 2000 issue nothing quite says Christmas like Pineapple Mousse! It seems to be a fun mixture of pineapple chunks, jams and gelatine. And lots of whipped cream of course. But you can’t deny the presentation – it actually looks pretty good! 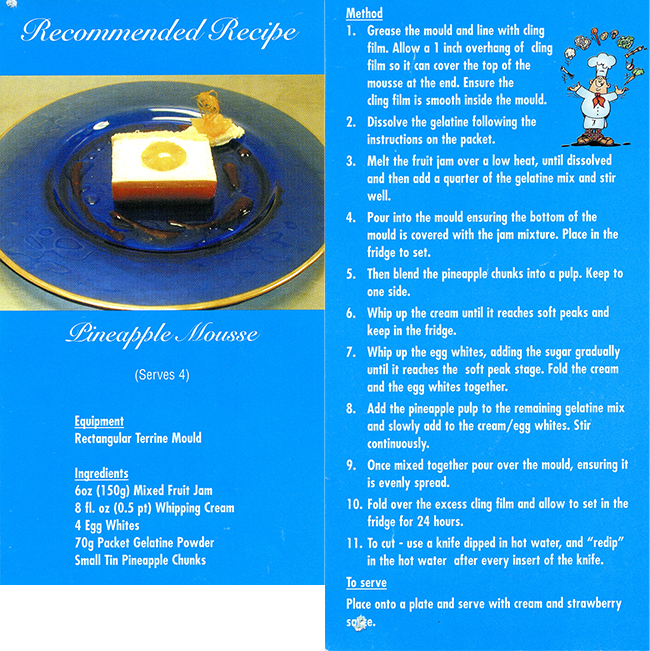 Which one would you try? Or do you think they’re best kept in the Archive?