My name is Charlotte Gallant and I am the Archivist at the British Motor Museum. In April 2019, we wrote a blog on the Longbridge Recipe Cards as a document of the month. At the time we wanted to recreate one of the recipes at home but sadly didn't get the opportunity. But since the pandemic time at home has suddenly become abundant and so, I have challenged myself to re-create some of these recipes in my kitchen. If you're feeling brave you can too!

These recipe cards were used in the Longbridge factory from 1955 as part of a system to not only cater for 45,000 employees but to get the most of post-war Britain rations. 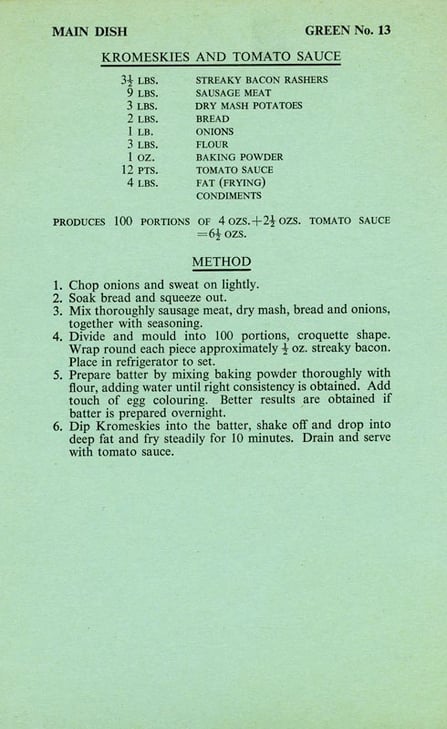 Rather than start with something simple (which in hindsight might have been a sensible course of action) I decided to try something I had never heard of before: kromeskies. I had no idea what these were, but the general definition seems to be a croquette consisting of a piece of bacon wrapped around minced meat or fish. Sounds quite tasty! The original measurements are for 100s of people, so I will be scaling them down dramatically. For this I used:

Before starting I made the plain mash potato and turned the bread into crumbs. While the mash was cooling I made the batter by whisking together the ingredients with a pinch of salt in a bowl until smooth. I didn't have any egg colouring which the original recipe suggests (and I didn't think blue or green food colouring was a suitable alternative!) I then placed the batter in the fridge so I could work on the kromeskies. 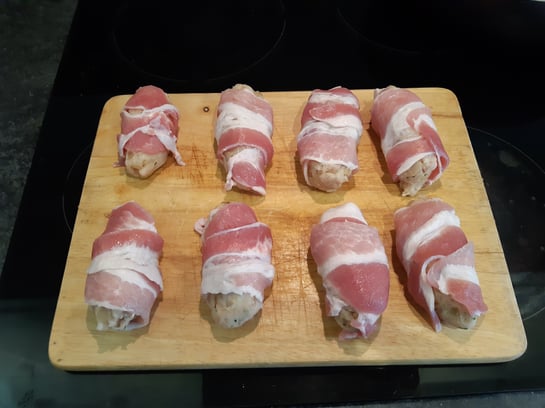 First I lightly fried the chopped onion until starting to pick up colour. Then thoroughly mixed the sausage meat, potato mash, breadcrumbs and onion together and seasoned. I divided the mixture into croquette shapes (this made about 16), wrapped around each a piece of streaky bacon and placed 8 in the refrigerator for at least an hour to set, the other 8 into the freezer for another day (I had no idea there were would be so much mixture!) 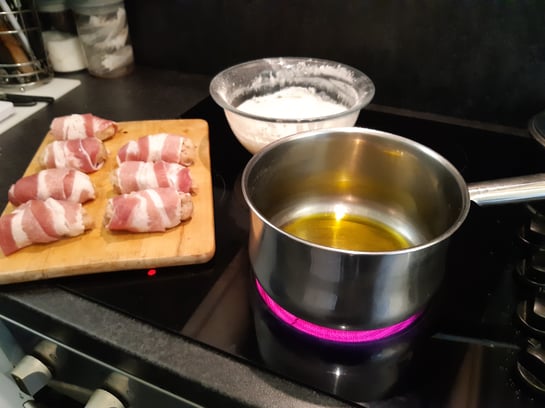 After an hour it was time for the frying – as I don't have a deep fat fryer I used my trusty saucepan quarter filled with oil. I dipped each Kromeskie into the batter and drop into the hot oil to fry for 10 minutes.

Unfortunately my frying skills were fairly terrible and most of the batter fell off! While what resulted was quite tasty (especially served with lots of tomato sauce as the recipe dictated). I think perhaps in future I shall stick to the archiving!