Document of the Month - December

My name is Charlotte Gallant and I am the Archivist at the British Motor Museum.

Soon after this one of our Facebook followers, Jez, submitted his own (and much more successful) version, complete with pictures. Not to be outdone, I thought I would attempt another recipe in order to gain some sort of honour back for the Archive team! If you’re feeling brave, you can attempt this too.

These recipe cards were used in the Longbridge factory from 1955 as part of a system to not only cater for 45,000 employees but to get the most of post-war Britain rations. The recipe I am trying this time is a called Egg Trossay... 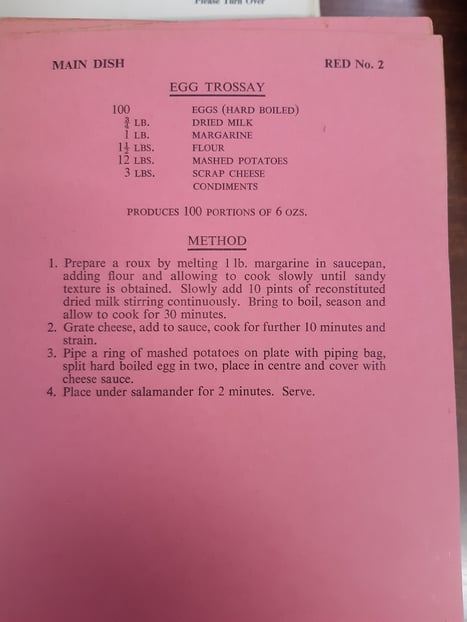 Once again I had to scale down the recipe, rather than produce 100 portions. I changed the quantities to:

This gave me just enough mixture for two portions.

First I created a roux with the margarine and adding the flour. The recipe card calls for a ‘sandy texture’ to be created which I think I managed to replicate! 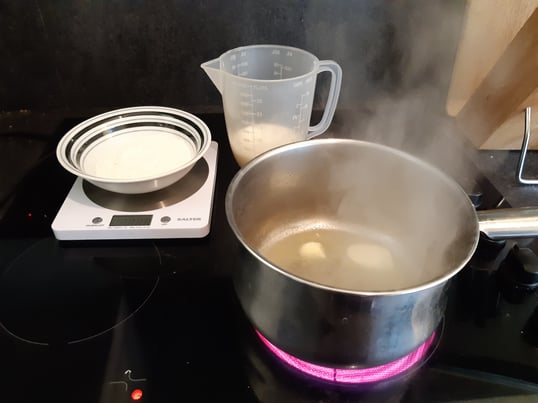 Into this I added the reconstituted milk, brought to the boil and then let simmer for the required 30 minutes. This was quite a long time and resulted in quite a gloopy mixture which wasn’t improved by the next stage of adding cheese and a further 10 minutes of simmering. Straining the mixture (not pictured for very good reason) was a nightmare. Sadly for me it was only going to get worse -

A ring of mash potato was eventually piped onto a plate. This took several attempts as instead of a piping bag as the recipe suggests using, I have an awful, old icing syringe which quickly developed a habit of firing mash potato across the kitchen when too much pressure was applied. After much cleaning and more swearing than anticipated, a reasonable ‘nest’ of mash potato was assembled. Into the nest two halves of a boiled egg were strategically placed. 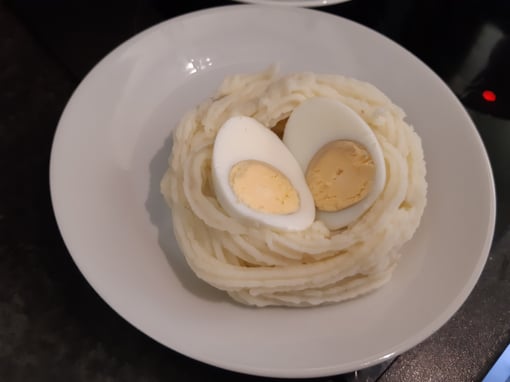 The gloopy cheese sauce was placed over the egg and potato nest and, instead of a salamander, I used the grill setting on my oven to lightly toast the top of the sauce. A sprig of parsley and voila – egg trossay (or at least my interpretation of it). 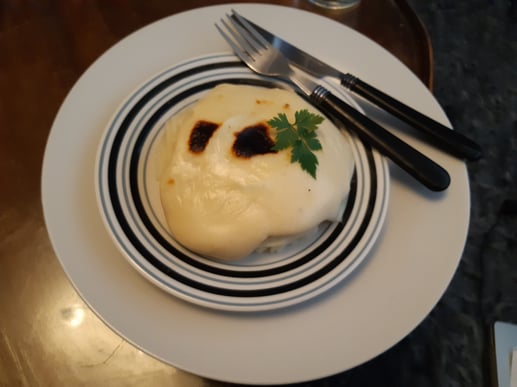 If you’re foolhardy enough to try creating this dish for yourself over the Christmas holidays, send us pictures of your creations. There is no prize except bragging rights... and an alternative dish to turkey, obviously!