Back in 1970, the iconic Range Rover was launched. Over the last 50 years, it has been celebrated for its innovative design, as well as its impact on society as an early version of the UK luxury sports utility market.

The past five decades of the Range Rover tell a tale of its development and adaptation - and over at the British Motor Museum, we thought this was worth celebrating!

Since removing the Mini's from the Mezzanine following their 60th birthday celebrations in 2019, we were racking our brains for the next temporary exhibition to replace them. The Range Rover was the ideal candidate. 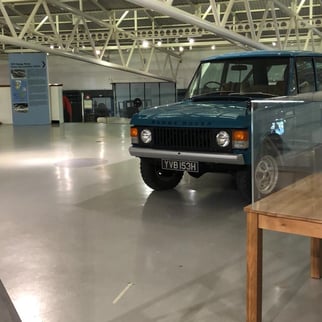 In early January, many changes over at the museum meant that exhibition work was slow to start - but being new to the Curatorial role, they certainly started with vigour in the early stages of the year. The time-scale was tight, but the team was enthusiastic and managed to pull it all together. Throughout January and February, the Curatorial team set about researching all we could on Range Rovers, and investigating what was hiding in our Archives and stores. Slowly as we gathered information the beginnings of an exhibition plan began to form!

Working with our amazing Archive team, we were able to get some fantastic collections material to form parts of the artwork which were produced externally. We thought this might be the hard part, getting the information and artworks ready in such a short time scale. Little did we know it was the cars themselves that would cause the issues! At the beginning of March, everything had been running smoothly, the Mini's were off the Mezzanine and the graphics and exhibition panels were on schedule. The only thing missing was the cars themselves! The Range Rovers were too wide to fit through the access doors to bring onto the Mezzanine!

After a lot of care and attention from our workshop (and some sneaky door removal from our engineering team), the Range Rovers were safely down on the Mezzanine just in time for the grand opening on 11th March. 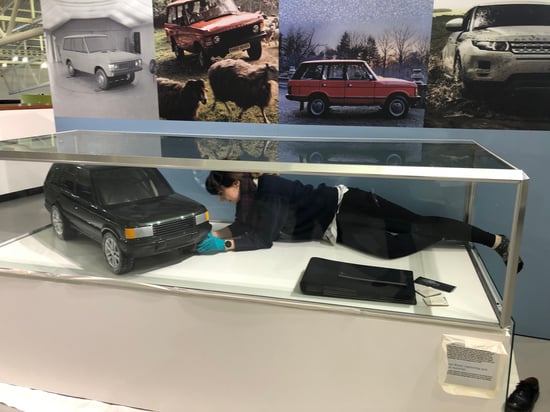 It was a great experience for me as my first try at setting up an exhibition from start to finish. Unfortunately due to the current circumstances, the Museum made the decision to close shortly afterwards. But not to fear! The Range Rover at 50 exhibition is ready and waiting when we reopen our doors to visitors soon.