Factor us in: Standard Triumph factory at Canley

We have decided that it's unlikely that we can get out into the community over the next few months to talk to you, but we would still like to get in touch virtually. Did you live or work near a former factory? Do you work in a current car factory? Perhaps some of the items from our archive in this blog post will spark a memory you want to tell us about, or you may have an opinion about whether or not the item accurately reflects the area. Do email me on kim.biddulph@britishmotormuseum.co.uk with your thoughts. I will also be running a virtual chat in the New Year. Look out for more details on this blog and on our social media channels.

One of the factories we have focused on is the former Standard-Triumph factory at Canley. Originally the Standard Motor Company moved to the site in 1916. In 1939 the company was asked to manage shadow factories at Banner Lane and Fletchamstead. At the end of the war the Standard Motor Company acquired Triumph after the latter's factory in the centre of Coventry had been damaged in the Blitz in 1940, to form Standard-Triumph. Much like the rest of the car industry, Leyland Motors took over in 1960 eventually becoming part of the British Leyland empire. Sadly the Canley factory closed in 1980, and after about 15 years as a technical centre has since been largely demolished, the only thing that survives being the Standard-Triumph Club.

Social side of work

Works based clubs seem to have been an essential part of life at the Standard Motor Company and later. This snippet from the Standard News of 1958 calls for more singers for the male voice choir, who had won the Midland Championship Cup several times. 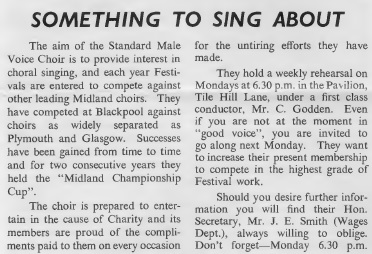 A lot of the clubs were sporting, and included football, table tennis and boxing. In 1973 Canley football team won the British Leyland Cup as detailed below in the Leyland Mirror. 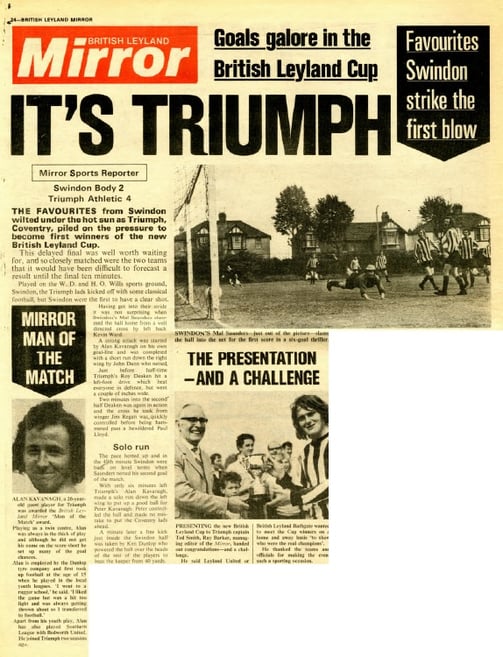 Were you a member of or did you compete against a Canley social or sports club? Let us know! We'd love to hear your stories.

This article from the Standard News in 1959 records the retirements of two men from Canley that had worked there for 76 years between them. The retirement gifts for Albert Flinn seem very practical, a convector heater, alarm clock and electric kettle. We don't learn what Dick Colclough got for his retirement, but we do find out that Canley was huge and a bit of a maze, as the photographer got lost trying to track down the presentation and arrived late.

Did you or anyone you know retire from the Canley plant? What retirement gifts did you get?

Women working at the factory

There were, of course, some women who worked at the factory too. During both the First and Second World Wars women took on some of the roles men had usually done because men had signed up or been conscripted to the military. But there were other roles for women once the men came back from active service. It was reported in the Standard News for 1958 some women in the Spares Division organised the Christmas party for the division. The way it was reported made me wonder what other sexist behaviour these women experienced. 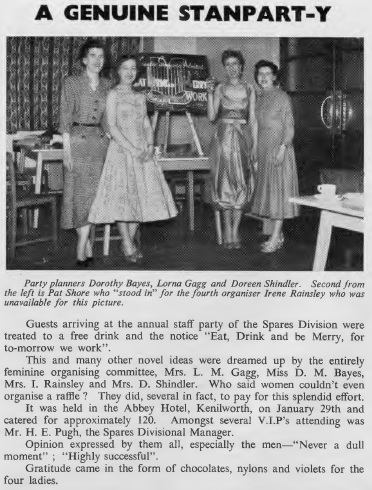 Women traditionally ran the telephone exchanges at car factories and in the Standard News in 1959 they devoted a full page to showcasing the faces behind the voices. 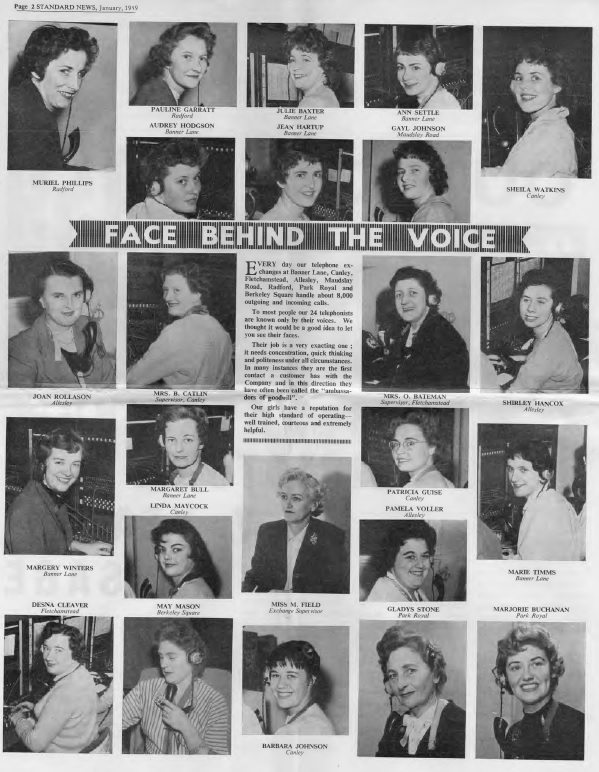 Did you or do you know a woman who worked at Canley? What other jobs did women do? What was your/their experience?

Of course, the later years at Canley were affected by strikes and industrial disputes as British Leyland tried to rationalise the company.

The in-house magazines were not the place to get unbiased reporting on the relationship between staff and management. This letter to the Leyland Mirror in 1973 suggested the paper stop making snide comments about strikes, and the editor replied that it would be a sad day that the Leyland Mirror start “knocking British Leyland”. 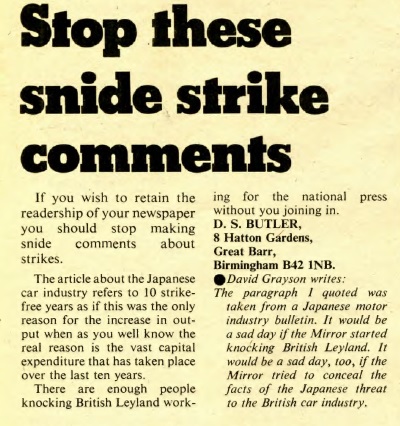 An Andy Mann cartoon in the same issue of the paper showed this approach further by categorising union representatives as violent. The winning entry for the caption competition was “I see the shop steward's involved in meaningful negotiation again.” 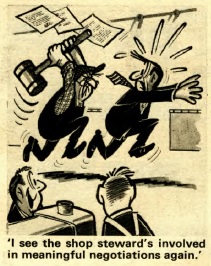 The end of the factory

These two photos show the last Triumph TR6 and the last Triumph Spitfire made at Canley in 1976 and 1980 respectively. Production was ceased of the TR6 in 1976 to concentrate on the TR7 but manufacture of that took place at British Leyland's factory at Speke in Liverpool instead. In 1978 there was speculation about moving production of the TR7 to Canley but workers at Speke protested about it. A threat from one of the workers at Canley was reported in the Coventry Evening Telegraph on February 17th 1978, “If the Liverpool workers march on our factory to stop the transfer, they will be marching back with a few broken noses.” British Leyland threatened to halt production of the TR7 altogether but in the end the union accepted the closure of Speke and the transfer of the TR7 to Canley, and the first TR7s produced in Coventry were completed on October 2nd 1978. Sadly, it wasn't enough to keep the Canley factory open, and it was closed in 1980, the TR7s moving to Rover's Solihull factory. 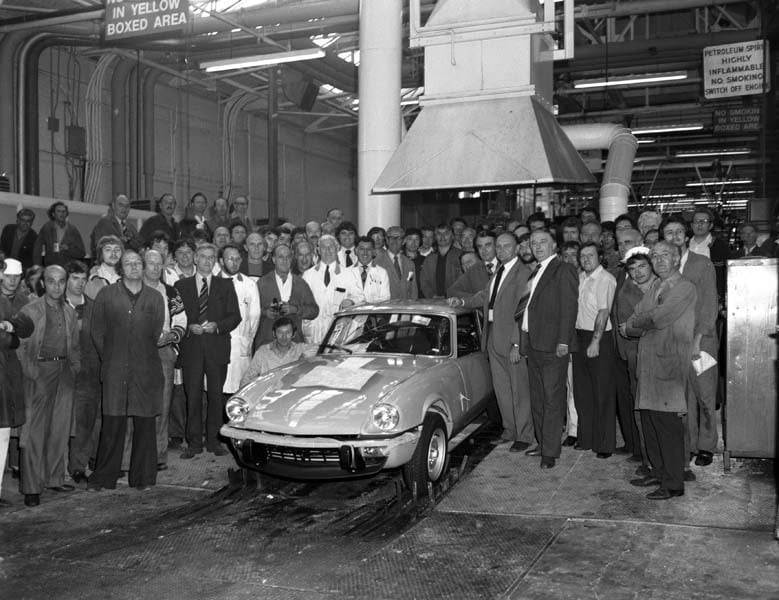 Did you take part in strikes and industrial action at Canley? Did it affect you if you lived nearby? Were you or someone you know laid off from Canley in 1980? What happened afterwards?