Fashion meets the motor industry in this Document of the Month as we take a dive into The Louis Vuitton Classic event catalogue. This item is from the Archives’ eclectic Nick Baldwin Collection and proves to be an exciting find, with interesting visuals and historical gems. 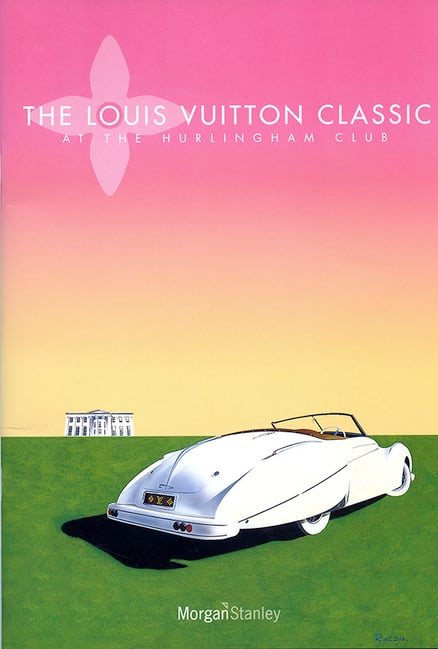 The publication marks the 2001 celebrations for the 12th Louis Vuitton Classic at The Hurlingham Club, London. The event itself supported classic car collectors who entered their vehicles into the Louis Vuitton Grand Prix. Prizes were awarded at the London event under 8 different themed classes for cars, as well as additional prizes for cycles. The winner of the ‘Best in Show’ prize was then invited to attend the Louis Vuitton Classic at Parc de Bagatelle in Paris.

These London events were followed by a Louis Vuitton Black Tie Dinner - invitation only of course!

The connection between Louis Vuitton and the automotive industry is a surprisingly historic one. Louis Vuitton is a French luxury fashion house which was founded in 1854 and became famous for its luggage trunks, hatboxes and grooming cases. Their products were popularised for their use when travelling because the Louis Vuitton canvas trunks stacked on top of one another well in a vehicle and were lightweight to carry by hand. These items revolutionised how people could travel and what items they could take with them on their journeys.

To honour their influence over how people travelled, Louis Vuitton hosted many classic car events around the world over the years and even produced travellers’ guidebook – the 2001 guide is advertised in this Classic event catalogue.

The fashion company’s first foray into automotive events was in 1908, and it was no mean feat! They hosted a 20,000 kilometre New York to Paris automotive expedition which covered Alaska, Japan and Russia. Below you can see an assortment of historic Louis Vuitton automotive event posters from the 2001 Classic catalogue: 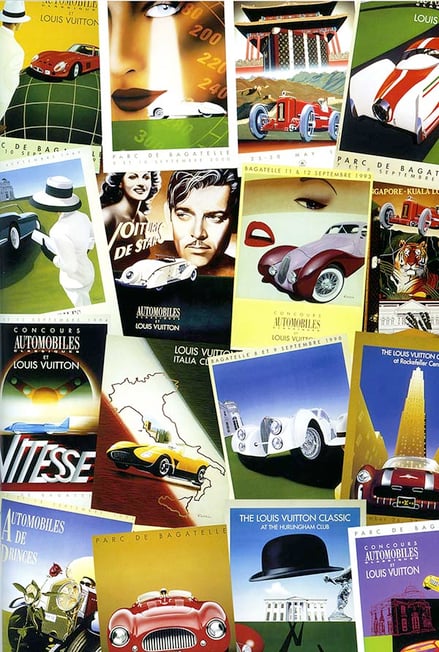 From this you can see how seriously the fashion company took its relationship with the automotive industry over the years.

Whilst the vehicles in the 2000 Classic were from all around the world, British-made cars were a prominent feature. For example, the 1900 Daimler Phaeton and the 1900 Simms were in competition for the class of Oldest Cars in Britain. 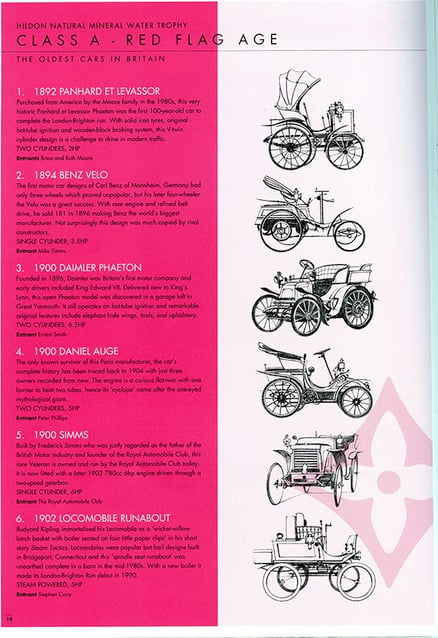 Class B featured Supercharged Sports cars of the 1930s. British highlights include the 1930 Lea-Francis ‘Hyper’ which was a Coventry built vehicle could travel up to an 90mph! This is impressive when considering that, for most roads in the 1930s, 30mph was the average speed limit. 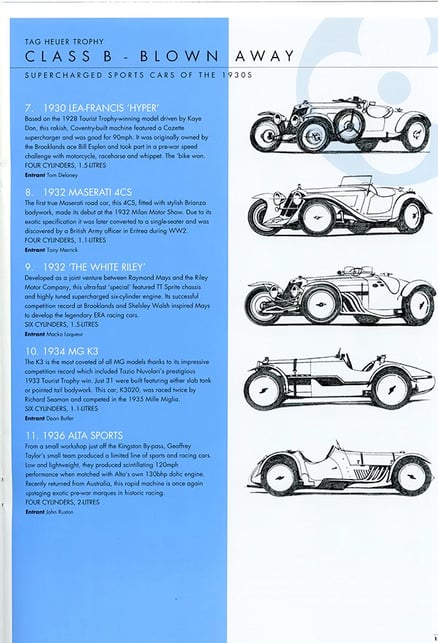 Some other honourable mentions from this fascinating document are the 1935 Aston Martin Ulster which came from the collection of Thai Royal Prince and famed racing driver Birabongse Bhanudej (1914-1985), known as B Bira. Unfortunately, the Prince did not take well to the Ulster as its oil pipe broke during his race at the 1935 Tourist Trophy. After this he swore to never buy an Aston again!

A more successful British car experience is that of the 1920 Rolls-Royce Silver Ghost which was known as the ‘best car in the world’. It was deemed comfortable, quiet and hard-wearing. The vehicle that was entered in the Louis Vuitton Classics was in its ‘totally original’ unrestored condition.

Lastly, the event also had a class dedicated to the Jaguar E-type which was then celebrating its 40th anniversary. A couple of notable cars shown in this category include a 1961 E-Type ’77-RW’ which was entered by the Jaguar Daimler Heritage Trust, and the 1961 car known simply as ‘The Italian Job’ E-Type. The latter car was famously featured alongside Mini Coopers in the 1969 movie, The Italian Job, starring Michael Caine. Its modern owner had retraced the E-types’ film route over the Alps to Turin.

Clearly there was a great sense of pride from Louis Vuitton in collaborating with the automotive industry once again for this 2001 Classics event, as is evidenced by their monogram print approvingly scattered through the catalogue. Certainly, there is a creative link between the thoughtful design and ingenuity of the automotive and fashion industries. This Louis Vuitton Class catalogue perfectly presents the idea of ‘travelling in style’.