Factor us in update: the post-war years

We are embarking on a project here at the British Motor Museum called 'Factor us in'. Over the next year our Community Historian, Kim Biddulph, will be exploring the impact of the car industry on the social history of the West Midlands...

Research is still continuing on the Factor us in project, even though the plans to go out and talk to people around the car factories at Longbridge, Canley and Solihull have been put on hold, for obvious reasons. For everyone stuck at home during the coronavirus lockdown, here's some of the things I have found in the archives relating to the car factories in the years after the Second World War. I'm Kim Biddulph, the Community Historian on the project for the British Motor Museum.

The government had taken quite a lot of control of the car factories during the war and this continued for quite a while afterwards. Steel supplies were rationed and to boost the post-war economy companies were told they wouldn't get any steel unless they exported 75% of their cars overseas. When there were coal shortages in the winter of 1946-7 Longbridge had to shut down completely, then there were more problems when there was a shortage of steel caused by the Korean War in 1952-3. Here's a notice from the Rover factory at Lode Lane about how to claim unemployment benefit in 1947 for men who were recently laid off.

The war had also brought unionisation, which was not a big part of the car industry before the war as the companies paid relatively high wages. In Coventry the companies were told to work to the locally agreed terms and conditions for their workers even if they didn't officially recognise any union. Here's a notice from a Rover factory for the National Wages agreement in 1956 – the government had taken control of wages in the car industry. 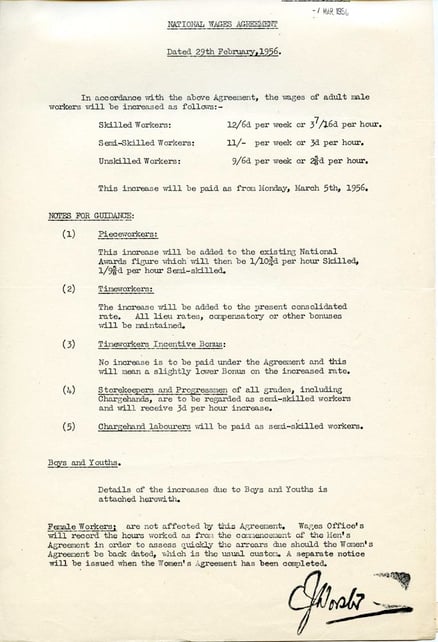 One of the other moves just after the war, encouraged by the government, was a push to standardise all the car components. In 1947 Oliver Lucas of the Birmingham components company invited members of the press to his factory and laid out every one of the 133 different types of headlamp, 198 different windscreen wipers and 68 different distributors they made for the car industry. Eventually some standardisation was achieved. Here are some women at the Lucas factory learning how to make lamps in 1952. 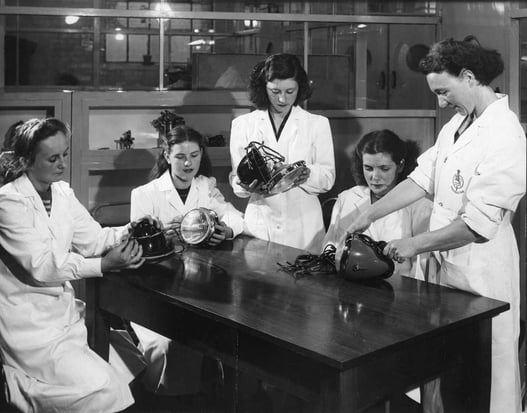 During all this there was time for people working at the factories to take part in various social clubs. There were works athletics clubs, football clubs, dramatic societies, choirs, bands and table tennis teams. I'll share more about this on the next blog post but for now, I'll leave you with a picture of the all male voice choir at Morris...