We are embarking on a new project here at the British Motor Museum and, perhaps, somewhere near you. A new project called Factor us in will be exploring the impact of the car industry on the West Midlands. I am Kim Biddulph and I'm the Community Historian for the project, which means my job is to look through the archives to see what images and documents we already have to explore this topic, and then to come out to meet people to fill in some of the gaps in our archives.

The history of British car manufacture is one of merging and selling companies, but how that impacts on the people working in the factories and living nearby is not usually told. That's what we want to explore. We'll let you know on here when we're planning to come out to talk to people who worked in or lived near the factories.

I've already got started by reviewing the kinds of records that we have, and locating anything that's already been digitised. I wanted to start by sharing a few of the most interesting items I've found already here. They show the range of archives available and some of the interesting themes that are starting to come out, like the employment of women at the factories, the social side of working at the factories, and the impact of the buildings themselves on the West Midlands.

This photo shows women working on wartime aero engine manufacture in one of the Rover 'shadow' factories. Rover had shadow factories that were built in Birmingham and Solihull, funded by the government, to support the war effort in the 1940s. We're not sure which shadow factory this photo was taken in. Shadow factories continued to be used after the war, and Rover manufacture moved from Coventry to the Solihull shadow factory. 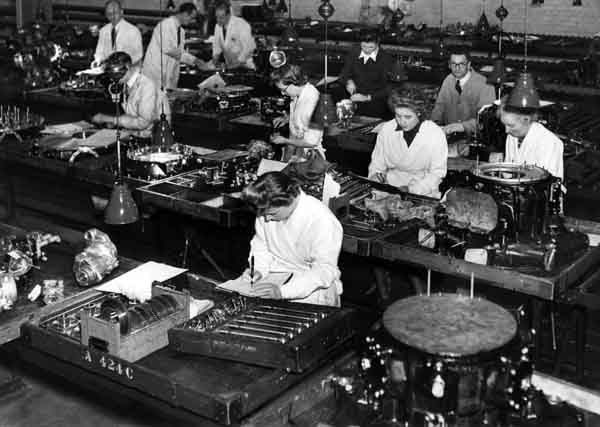 This article from the Standard Motor Company staff newspaper documented the charitable giving of the workers to St Gerard's Warwickshire Orthopaedic Hospital. They raised money so children could have a television set while they were in hospital. This is only one occasion where I found records of fundraising among staff for charities in the local area, such as hospitals and schools. 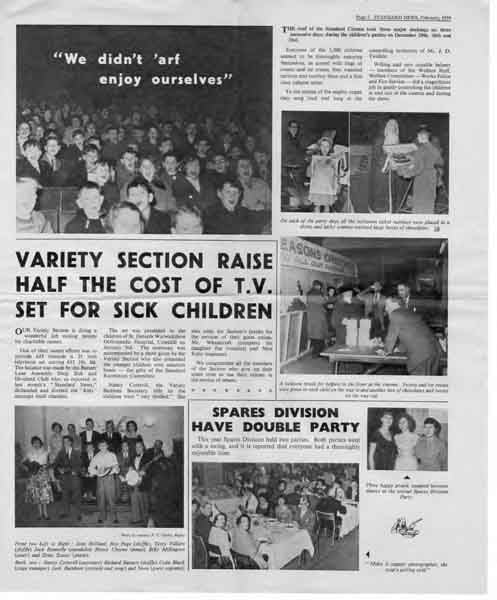 The image on the front cover of this brochure is set in the Longbridge factory which started out as an Austin factory in Birmingham but by 1960, the date of this brochure, it had merged with Morris Motors to become the British Motor Corporation (BMC). This picture tries to promote confidence in the car factory at Longbridge and also in the industry in general. By 1968 the BMC was amalgamated into British Leyland after a drop in sales. 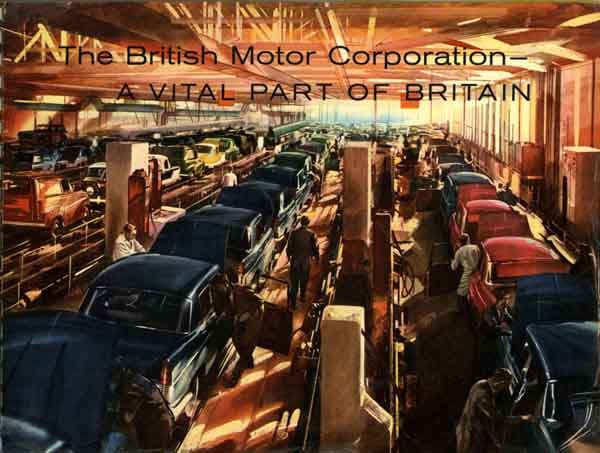