Document of the Month April 2019

I am Mollie, the Archive Assistant. This month I've chosen the Longbridge Recipe Cards as my document of the month; they are a great favourite of everyone in the archive and are able to tell us a great deal about the lives of the workers in the factory. 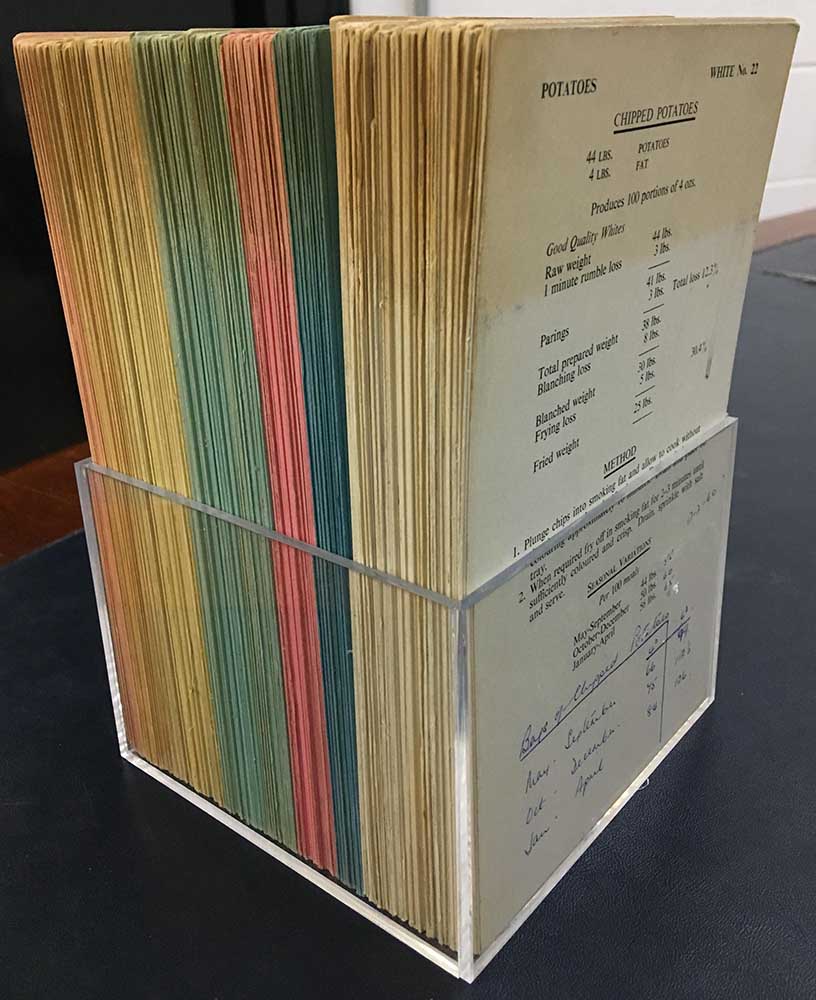 The box of recipe cards was donated in 2006 by Mr Hyde. They were introduced to the factory in 1955 as part of a control system brought in by the Peter Merchant Catering Company who had been the contracted caterers for Austin since 1938. The system was designed during the Second World War to cater for 45,000 employees whose shifts covered 24 hours of every day in the factory. As food was short and workers still needed to be fed, this system allowed the caterers to meet demand and maintain a healthy workforce.

The catering system was a huge operation. There were 25 canteens, graded according to 'rank' and covering a sprawling factory with many diverse areas: 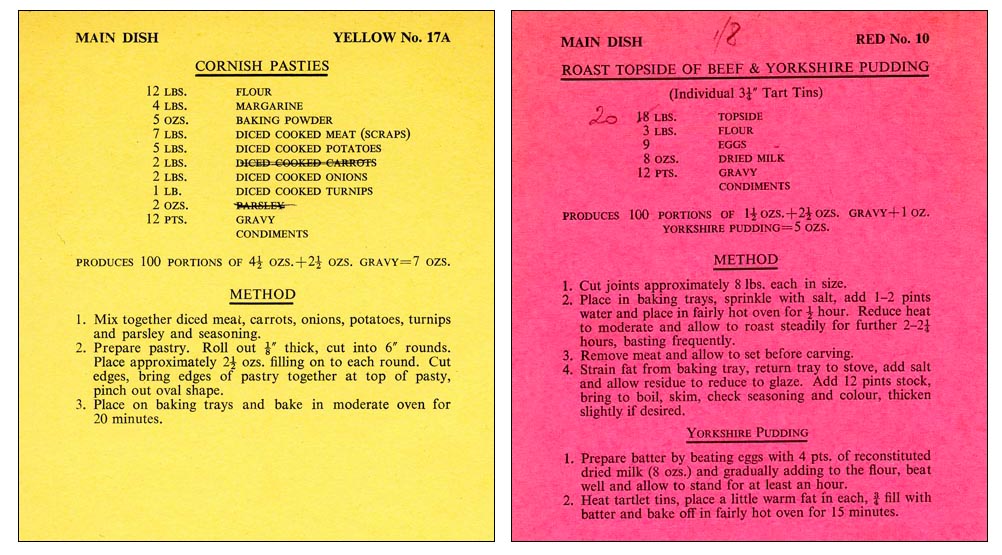 The menus were created using the colour system in order to create a balanced meal plan. Blue, pink, green and yellow cards represent main meals, white represents accompaniments (potatoes, vegetables, drinks etc) and the salmon cards represent sandwiches. The catering manager would pre-prepare a menu each week and would know which ingredients to order in. This would allow the five large and 20 small canteens to work effectively and have food cooked by 11.45am. This system worked so well, and was so cost effective, that it continued to be used after the war and was still in place as late as 1982. You can tell that the cards were in use this long as a lot of them were edited in pencil over the years. The proportion of meat in the dishes often increases; this is likely due to the increased availability after the war. Some ingredients have been omitted altogether – parsley is quite often scribbled out in pencil.

The recipes are surprisingly varied. When I started looking through the box, I expected to be confronted with typical fare such as hot pot and pie; while they do feature, it appears that the catering team did try to diversify what they were cooking. Dishes like the egg and haddock vol-au-vent and the kromeskies in tomato sauce are particular favourites, along with poached eggs on spaghetti with a margarine and tomato puree sauce. One thing that every canteen requires is tea and the Longbridge caterers wanted to make sure it was just right. Please note that milk was added after the water! 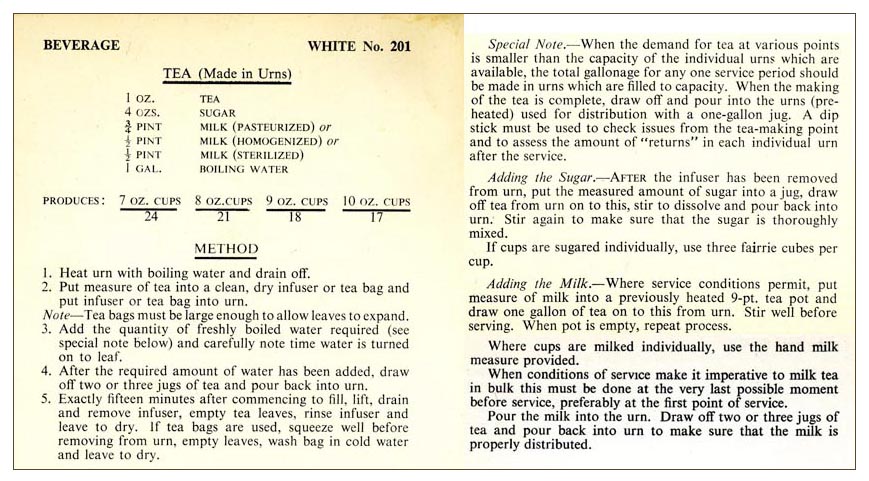 A former catering manager had particularly vivid memories of the 1970s. 'All the food had to be cooked by 11.45 am' he recalled, 'then all the employees would walk out on strike, thousands of meals would have to be thrown away and this quite a regular occurrence!' Given the effort which went into the preparation, it is easy to sympathise with his frustration.