My First Car: A Poem

Giving our cars a nickname is quite common. In this edition, Jez has got creative with the way he tells his My First Car story.

This month’s theme is 'Cars with Names' and it shows how our cars are trusty companions, so much so that we give them names!

The Volkswagen Beetle started production in 1938 but it never really took off until the post-war era. Initially known as just Volkswagen, which can be translated to mean 'The People’s Car', it later gained the title 'Beetle'. Before the war, the Beetle was to be produced under the Nazi regime in a saving scheme to provide people with cars. Production of the Beetle continued up until 2003 and it remains a popular car due to its starring role in films like 'The Love Bug' and more recently 'Herbie: Fully Loaded'. 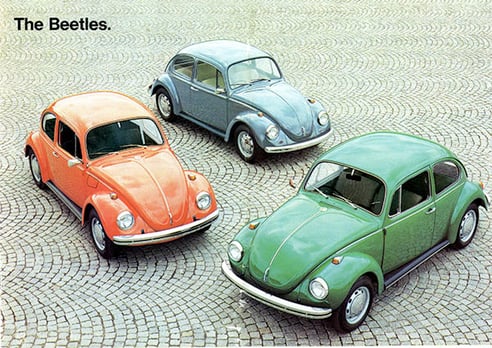 I was 16 when I bought my first car from family friends for £60. It stayed in the garage until I passed my test, only 2 months after my 17th birthday. I spent hours tinkering with the engine and learning how it all worked – testing it by driving it up and down the alley behind my house. In the end, I part-ex’d it for a Triumph TR6 for £100, a profit!

My first car was a Beetle,
Nineteen sixty four.
You could get it up to 60,
With your foot down to the floor.

His paint was mainly matt black,
Over time he'd become quite faded.
Not really all that rusty,
Though the metal had degraded.

He was known to all as EMU,
That’s what the licence said.
He took me where I wanted,
To work or play instead.

I got a better stereo,
With a graphic equaliser.
So when we went out driving,
The music sounded nicer.

I’d go digging round in scrap yards,
Looking out for spares.
Once I came home smiling,
With a full set of matching chairs.

He was the first of many motors.
I’d like him back, but it’s too late.
He’s the one that I remember.
He was EMU. He was great. 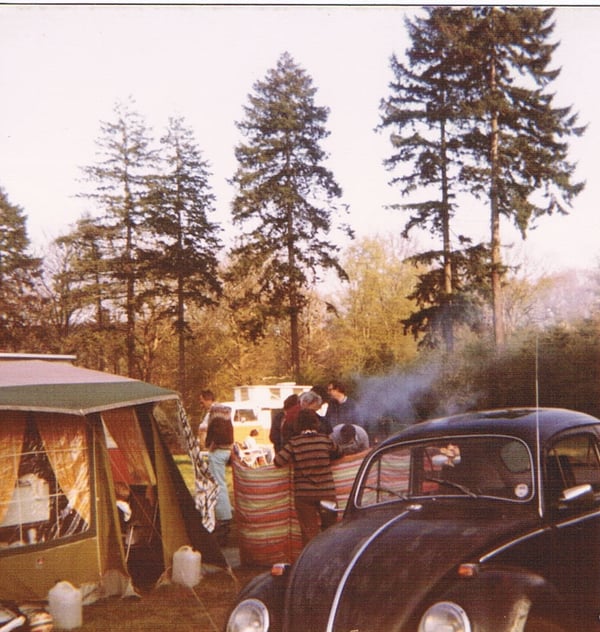