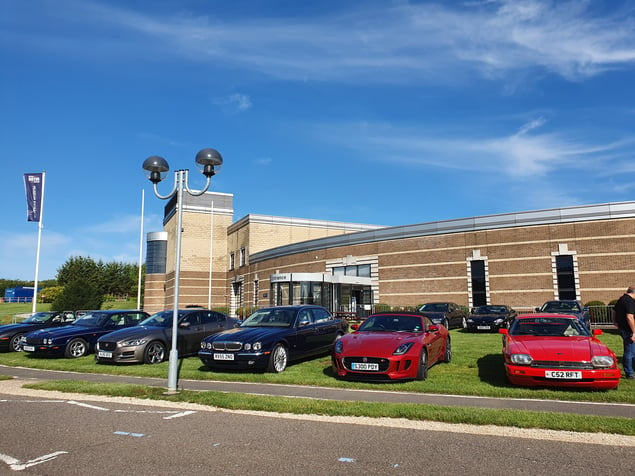 The British Motor Museum will host ‘Jaguars at Gaydon’ on 4 September which will celebrate two key milestones – Sir William Lyon’s 120th birthday and the 25th anniversary of the XK8. The first ever ‘Jaguars at Gaydon’ took place last September and is a joint show between the Museum and the Jaguar Daimler Heritage Trust (JDHT).

Jaguars at Gaydon is a special day for any Jaguar fan, owner or enthusiast and a chance to show visitors these exciting and powerful cars. The organisers will be showing off some very rare cars to mark the 25th anniversary of the XK8 including the last XK8 and the gadget packed green XKR from the film ‘Die Another Day’.

Bob Beecham, well-known for his extensive Jaguar knowledge, will be commentating throughout the day in the show arena. The popular band ‘My Favourite Things’ will also be performing a selection of vintage hits.

Tom Caren, Show Manager at the British Motor Museum stated “Whether you’re a member of the Daimler and Lanchester Owners Club, Jaguar Drivers’ Club, Jaguar Enthusiasts’ Club or even if you’re not a club member you are welcome to come along to this great day out to see the big cats of the motoring world”.

Vehicle display is just £10 which includes entry to display a vehicle and admission. Vehicle entries close on Friday 3 September. Show tickets cost £14.50 per adult, £9 per child, £12.50 per concession and £40 for a family. All tickets must be pre-booked and include entry to the Museum and the Jaguar Heritage Trust Collection. For more information about the ‘Jaguars at Gaydon' Show click here or call 01926 895300.